Have you ever heard of "blue gold"? It is this little plant that charms you with its luminous blue and bewitching fragrance and known since antiquity for its medicinal properties. To discover these large expanses of lavender you will take the Nice road from Digne les Bains then cross the small villages of Mézel, Estoublon or Bras d'Asse to the Valensole plateau. You won't be able to resist the urge to stop to immortalize the violet touches in the middle of the wheat fields and then this fragrant sea that stretches out as far as the eye can see.

A little bit of history

The real history of lavender begins at the beginning of the XNUMXth century, when it only existed in the wild and was harvested by shepherds and peasants. Today, it is the cultivation of lavandin which dominates, resulting from a cross between medicinal lavender and aspic. Hybridization thus made it possible to develop the culture of this “blue strand” around the middle of the XNUMXth century, because of a growing demand from perfumers in Grasse.

Don't hesitate to let yourself be told its story through a sound and light tour at Lavender Museum located in the center of Digne les Bains.

There are two species grown in Provence: lavender and lavandin. True or fine lavender (Lavandula angustifolia) is the noblest of lavenders and its essential oil has had an AOC label since 1981: “Essential oil of lavender from Haute-Provence”. It is characterized by a long branch with a single flower spike, and grows in the form of bushes. It is found between 500 and 1500 meters above sea level on the sunny slopes of our mountains. Lavandin is a hybrid of true lavender and aspic lavender (lavandula spica). It grows easily in the wild but is mainly found in culture. Its branched branch with three flower spikes makes it more voluminous than fine lavender. Its yield is much higher than that of true lavender. Lavandin does not reproduce and its fragrance is lighter than that of lavender.

Don't miss the flowering period and the lavender festivities! To see the fields in bloom, plan a stay between June 15 and the end of July. Flowering extends until the end of August, but the lavender is harvested from the second half of July.

Discovery of the lavender fields by electric bike

Le Corso de la lavande takes place on the first weekend of August during which, since 1939, the city has put on its costume of light and takes visitors and Dignois to the land of scents and dreams with its parades of decorated floats, its musical groups and its big carnival. 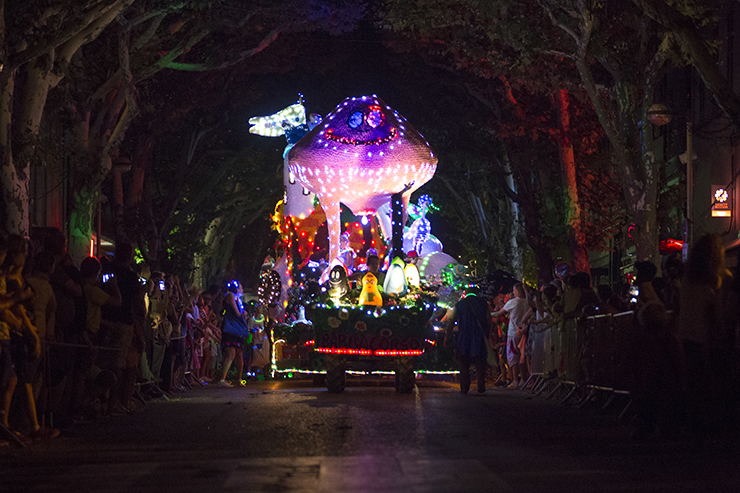 As for The Lavender Fair, it occupies the main square of Digne les Bains at the end of August. You will find there all the products resulting from the cultivation of lavender, lavender essence, soaps, honey… This fair has been organized since the 1920s. It used to close the cutting period. It was originally a fair for samples of lavender essence in order to make its properties known to the greatest perfumers. Over the years, the Lavender Fair has become a very popular place where perfumers and individuals meet to buy other products from the lower Alps from local production (honey, syrups, soaps, cakes, etc.).

During these festivities, local producers come to demonstrate distillation. The opportunity to meet colorful characters and share the art of living in Haute Provence!