The Durance Valley is located in the west of Haute Provence, at this place where the mountains take on the appearance of beautiful wooded hills with their rounded slopes. At the foot of the mountain of Lure, the valley is the furrow of an important hydraulic resource; crossed by the Durance and Bleone, its tributary. Moreover, the influence of Mediterranean climate allows a fabulous diversity of fauna and flora. Between XNUMX and XNUMX m altitude, the landscapes abound picturesque villages with multiple heritage resources. The Val de Durance definitely assures a change of scenery. The highways and railways link the Marseille metropolis to the first ski resorts in the Southern Alps.

Many villages have taken their place around the lake (Château-Arnoux-Saint-Auban, L'Escale and Volonne) or on the side of the Bléone (Malijai). Others settled on the mountainside (Mallefougasse) or on the threshold of the Luberon (Peyruis and Ganagobie). As for the village of Mées, it is nestled at the foot of the Valensole plateau. All these villages are in fact typical of Haute Provence with their narrow cobbled streets, their fountains and old washhouses at every street corner or their elongated steps that go up to the bell towers and perched chapels. 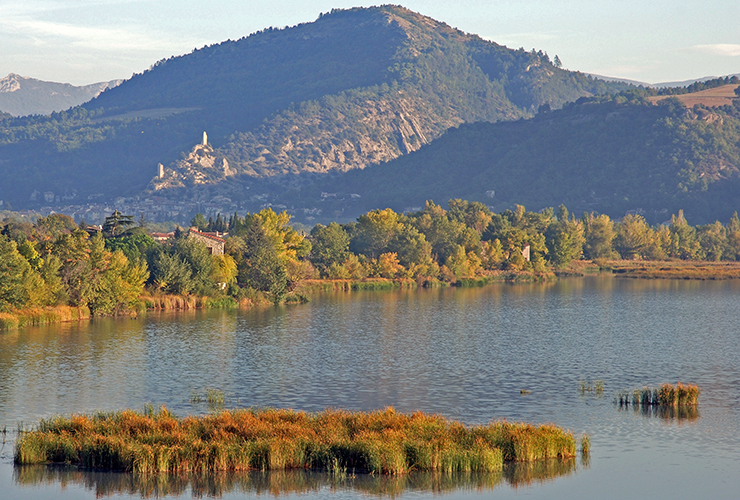 This majestic valley, in the hollow of which flows the Durance descending from the mountains, certainly brings together the most generous villages of Haute Provence: agricultural land, farms, orchards and olive groves. In particular, the olive cultivation, truly present here, counts nearly 80 olive trees in the village of Les Mées alone ! (In reality, the number of olive trees is certainly greater, but the exact figure remains a well-kept secret). Crossing the fields of producing mills shows strikingly wise landscapes where time calms down. Here, the olive is a way of life that can be seen even on our plates. When it comes to gastronomy, there is no doubt, you will take pleasure in finding this local generosity in all the restaurant tables, from the brasserie to the starred chef, such as La Bonne Etape. 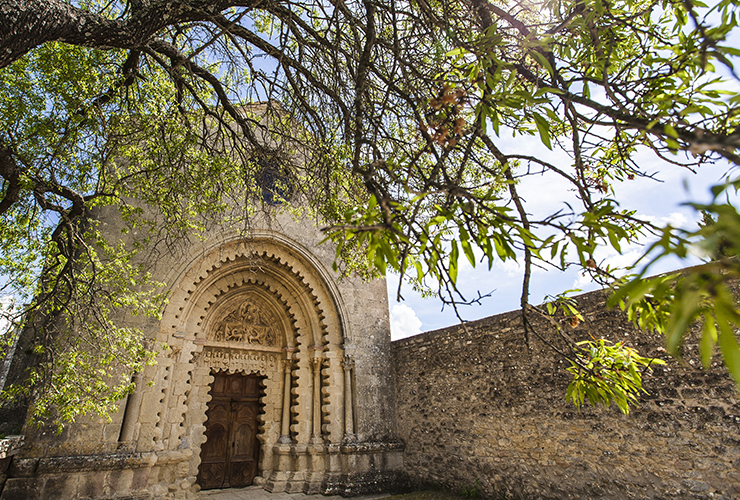 The Val de Durance is a real feeding valley, however, it remains a plain which offers some of the most beautiful natural and heritage sites of the territory. Here are some must-haves.

Haven of peace and retreat, the priory of Ganagobie the valley of the Durance. A hiking trail dotted with historical treasures connects the village to the plateau: alley to the monks, ramparts, millstone quarries. A short walk at the end of the plateau also allows you to discover the ruins of the village of Villevieille, probably dating from the XNUMXth century. It is assumed that the Plateau has been inhabited since prehistoric times. The XNUMXth century church gives a glimpse of the cloister and houses unique medieval mosaics dating from the XNUMXth century. In addition, the contemporary stained glass windows were made by Father Kim En Joong and the porch is surmounted by a sumptuous eardrum.

The Ornithological Reserve, made up of three artificial wetlands, protects an abundant diversity of birds and concentrates here more than 56% of species in the department! Throughout the year, no less than 140 species can be observed. This wealth of birdlife is hidden in the tangle of reeds, the wild riparian forest or even the gravel banks of the Durance. However, some species can be seen on the expanses of the Escale reservoir. In this area there is now a concentration of biodiversity almost equivalent to that recorded in the Camargue.

What a dizzying and fascinating face to face! Golden pyramids carved by erosion, the row of gigantic cliffs is linked over 1 km. The hooded "monks" do penance, stoic, petrified for three million years. 100 meters of emptiness on both sides, the vertiginous path draws us to the crest of this natural monument. The panoramic view over the entire valley dominates the Durance and the Lure mountain. The scents of thyme, rosemary, lavender and wild sage immerse us in Provence. Wherever you are in the Val de Durance, you will see the Penitents of Les Mées which takes its name from a legend.

Thanks to this setting and the resulting quality of life, the valley is open to all outdoor activities: gliding, fishing, hiking or mountain biking. 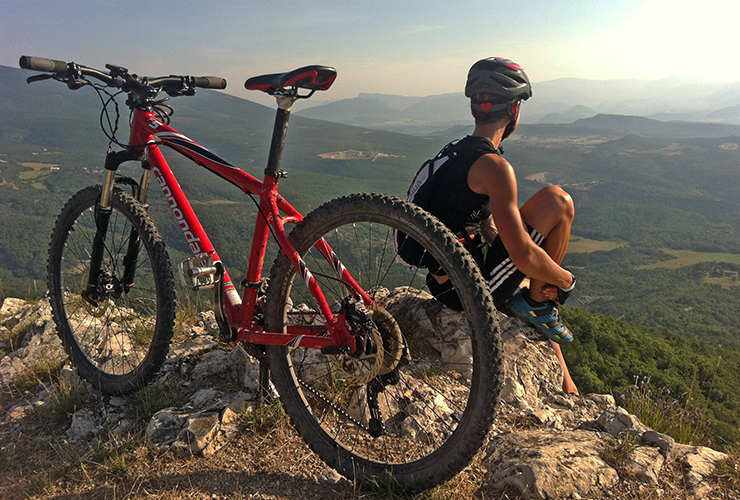 The Val de Durance totals nearly 350 km of pedestrian routes accessible to all levels. Some are equipped for people with reduced mobility. For example, the very pleasant Lake Tour, which connects l'Escale, Château-Arnoux and Volonne. For mountain biking, no less than 600 km of mountain bike routes, including 4 nocturnal courses, constitute a magical terrain for enthusiasts of this sport. The Val de Durance is also the anchor point for many mountain biking stays of the territory. It is also a privileged space for equestrian practices, orientation course or fishing.

This rural valley with a mild and sunny climate is the route naturally taken by many historic itineraries such as the famous Napoleon road (RN85 and GR406), the road to Santiago de Compostela and Rome (GR653), but also the Lavender Route, which leads to the Valensole plateau and the Verdon. 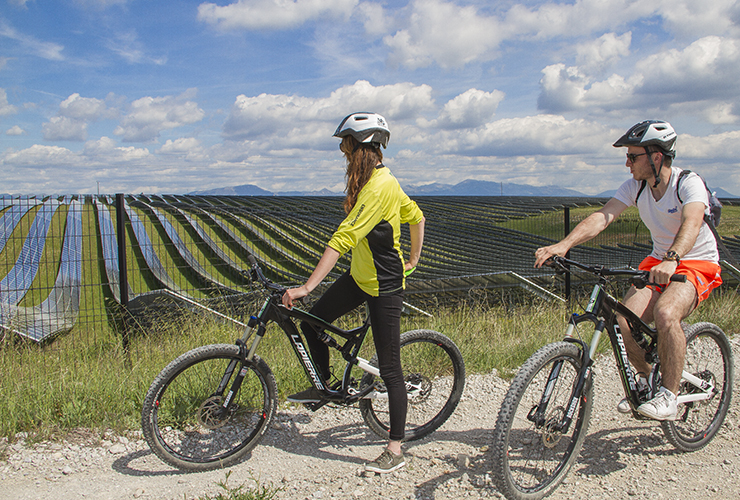 Away from prying eyes and hidden by the barrier of the Penitents of Les Mées, is the Colle plateau, which is accessed by a small hilly road behind the village. Up there, one of the largest photovoltaic farms of France was built in the 100s. In fact, the site was chosen for these natural qualities: good level of sunshine and constant ventilation. These conditions allow an overall permanent yield much higher than the national average. Thus, the site produces more than 250 megawatts and can meet the needs of a population of 000 XNUMX inhabitants! The electricity is transported and then distributed to the large towns further south. This performance makes this territory a champion in terms of sustainable development.

Finally, the Val de Durance does not only offer 'nature' outings. On the cultural side, indeed, the Durance Theater offers a cultural season made up of concerts, live shows and resolutely multidisciplinary workshops for all ages.